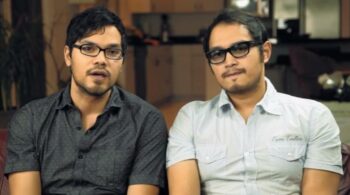 A funny thing with the indie band Bread of Stone: When brothers Ben and Bill Kristijanto felt called to start a music ministry, neither of them could play a single lick of music.

Today, they have opened for the likes of the Newsboys, Petra, Crowder, Sanctus Real and Building 429, among others. After recording two albums, they released their third, The Real Life, with DREAM Records in 2013.

“We were stones before being called into music ministry (useless and incapable) and only because of Jesus are we made into bread to feed the hungry in this world and share his love with others,” Ben told Cross Rhythms. 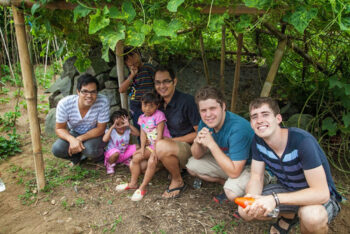 Another fun fact about the Sioux City band is that they live double lives: one in America and another in Indonesia, where they were born and where they support ministry to the poorest of the poor, chiefly Muslims who scavenge through trash to subsist. They are constantly flying to Indonesia and supporting projects to raise money for society’s outcasts and standing up for the persecuted church.

“We are not out doing this to make a name for ourselves,” said Bill. “We have never set out to make a statement of ourselves as artist. We are able to do so only through God’s grace.”

Ben is the lead vocalist while Bill plays guitar. The are joined by Tim Barnes on bass and Jason Ferris on drums. All four band members grew up in Christian homes.

The “calling” to start Bread of Stone in 2004 didn’t come to the brothers but their dad, Nehemia Kristijanto. Born in 1951, he is the eldest son of his family living in Jatibarang, a small town in West Java Province, Indonesia, according to New Covenant People on Blogspot.

In 1970 he studied engineering in West Germany and returned to Indonesia in 1979 with his degree. But he felt led to stay with his parents and not seek employment as an engineer. Instead, he started a powerful ministry. He moved back and forth between America and Indonesia until 1992, at which time he settled definitively in America. Today he supports his sons’ music ministry.

“We didn’t come from a musical family and had never played any instruments, but once we heard the call from the Lord, we started taking music lessons,” Bill said. 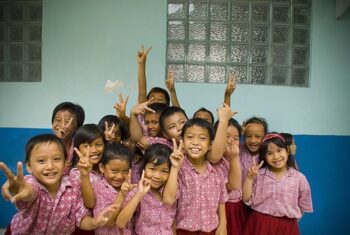 In 2015, Bread of Stones gained attention with their hit single “Porcelain.”

As the group began to gain significant recognition in 2011, they went through a crisis, teetering on the brink of dissolution. The once inseparable brothers began arguing about everything, Bill admitted on a YouTube video.

But God met them on a trip to Indonesia, which led to a shift in their attitudes. They met a frail single mother who, speaking with the brothers, shared how grateful she was to God to be able to scavenge enough recyclables to eke out a daily meal for her and her kids.

In light of her challenges, their relatively petty First World problems shrank in importance. They determined they would rededicate themselves to God’s higher calling and His purposes.

The band is currently supporting Mercy House in Indonesia, a halfway house to keep women and children off the streets, teach them skills to survive, and introduce them to Jesus. Bread of Stone’s own Indonesia-based ministry is named The Light Project.

“We are honored that we are able to do this ministry,” Bill said. “We realize that the Lord has blessed us and has paved a way for us to continue doing this ministry. We are blessed by all the support that we have from family, friends, fans, and so many others. We are not out doing this to make a name for ourselves, we are simply just following a very surprising call from the Lord and we are all enjoying the ride.”