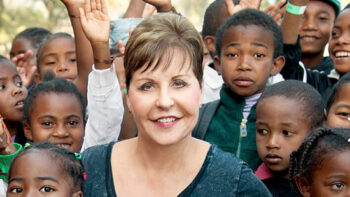 Joyce Meyer, one of America’s most prominent Christian speakers and authors, overcame sexual abuse by her father.

“My father did rape me, numerous times, at least 200 times,” she told Charisma Magazine.

Meyer, a down-to-earth public speaker with a high-flying prosperity gospel ministry, finally broke years of silence in 2012 by revealing her childhood trauma. She decided she needed to share her testimony to help others suffering similar hurts. 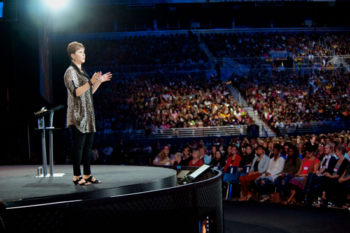 “I was sexually, mentally, emotionally and verbally abused by my father as far back as I can remember until I left home at the age of 18,” she said. “He did many terrible things…some which are too distasteful for me to talk about publicly. But I want to share my testimony because so many people have been hurt, and they need to realize that someone has made it through their struggles.”

Meyer grew up in St. Louis, Missouri with a dad who “was born in the hills — way back in the hills. In his family, incest was just part of the culture,” she told Charisma.

At age 9, she told her mother what happened. But mom did nothing. When Meyer was 14, her mom caught her dad in the act. But mom was emotionally incapable of confronting the situation and left instead.

In response to her trauma, Meyer accepted Jesus in a local church at age 9. But her mind was in a state of confusion. Shortly after graduating from high school, she married a part-time car salesman, who cheated on her and persuaded her to embezzle from her employer. After she divorced him, she married her current husband, Dave Meyer, an engineering draftsman in 1967, according to Wikipedia.

Then one day in 1976 she was praying intensely while driving to work and heard God call her name. She describes what she felt as “liquid love” flowing from God. The emotional experience was the start of a closer walk with God that would bring her into ministry.

With a no-nonsense folksy style that ingratiated her with her audiences, Meyer rose quickly through the ministerial ranks in ever-larger churches until she resigned to launch her own ministry in 1985. “Life in the Word” began with broadcasts on six radio stations from Chicago to Kansas City. In 1993, she and her husband launched a television ministry.

Meanwhile, her book-writing ministry also prospered. Publishing house Hachette Book paid Meyer more than $10 million for the rights to her backlist catalog of independently released books in 2002, according to Wikipedia.

On the outside, things were going well. On the inside, Meyer had to deal with the emotional scars from her childhood.

“I was so profoundly ashamed because of this,” Meyer said. “I was ashamed of me, and I was ashamed of my father and what he did. I was also constantly afraid. There was no place I ever felt safe growing up. I don’t think we can even begin to imagine what kind of damage this does to a child.

“At school I pretended I had a normal life, but I felt lonely all the time and different from everyone else. I never felt like I fit in, and I wasn’t allowed to participate in after-school activities, go to sports events or parties or date boys. Many times I had to make up stories about why I couldn’t do anything with my classmates. For so long I lived with pretense and lies.

“What I learned about love was actually perversion,” she added. “My father told me what he did to me was special and because he loved me. He said everything he did was good, but it had to be our secret because no one else would understand and it would cause problems in the family.”

Meyer eventually reached a place in her life when she knew she had to forgive her father.

“I’m happy to say that God gave me the grace completely, 100%, forgive my father,” she said in YouTube video. “It took some time, but I was able to do it.”

“As long as I kept this secret, I couldn’t get free from the pain of it,” she said. 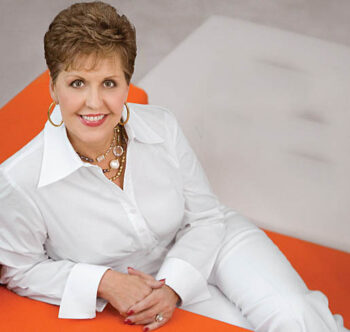 She explained her struggle with her dad and wants people to know that anyone that has been abused can recover if they will give their life completely to Jesus.

“God didn’t get me out of the situation when I was a child, but He did give me the strength to get through it,” Meyer said. “It’s true my father abused me and didn’t love and protect me the way he should have, and at times it seemed no one would ever help me and it would never end.

”But God always had a plan for my life, and He has redeemed me. He has taken what Satan meant for harm and turned it into something good. He has taken away my shame and given me a double reward and recompense.”

When her father was sick and dying on a hospital bed he told her, “Joyce, I am sorry you feel I hurt you. But I still don’t understand what was so bad about what I did.” It wasn’t much as far as repentance went.

God told her that she was to move him close to her house and take care of him. Meyer’s husband disagreed with the plan, but it soon was confirmed that God had spoken to her.

As God supplied the grace, she showed her father love everyday. Every need he had, she attempted to meet. She bought his food and clothing.

Meyer knelt beside him, and led her father in the sinner’s prayer.

He then asked Meyer to baptize him.

Meyer baptized her father on Dec. 2, 2001 in front of hundreds of people at the Dream Center she founded in St. Louis’ inner city. From a “mean snake,” God had begun to transform him into a “sweet old man.”

Do you want to know God personally? Here are four steps...