It wasn’t the car that slammed into his motorcycle at 100 mph. It was a round of golf that brought L.A. rock legend Frank Sontag to Christ.

After he was sent spinning across the highway, Sontag holed himself up in a Tahoe cabin and lived primitively off rudimentary supplies while he poured over Eastern mystic texts in search of the meaning of life. It took years to physically recover from the accident. But he emerged a New Age guru.

“I read the Koran, the Upanishads, the Bhagavad Gita,” he said in an interview with Greg Laurie. “I never would open a Bible.”

For two decades, Sontag interviewed the “royalty of rock” on classic rock station KLOS. He broadcast music and announced sports events. He was part of #1-rated Mark & Brian show, which would mix Aerosmith with humorist rants and raucous call-ins.

On his own highly-rated, thought-provoking program called Impact, Sontag peddled a self-styled “spirituality” that encouraged people to get in touch with their inner selves, discover their purpose in the universe and feel good about themselves. No repentance needed.

“When somebody would call up and try to share the gospel, I couldn’t hang up on them fast enough,” he said. He would shout down and shut down Christians.

Then one of his closest New Age buds got saved. Three years later, the friend and his pastor brother invited Sontag to golf. Sontag was taking his fairway shot when the pastor fired at him: “Frank, is Jesus Christ the Son of God?”

“We’re not going there,” Frank retorted and knocked the ball towards the green.

Miffed, Sontag brushed the question off with, “I’m spiritual.”

But something inside told him he should consider the question more. Challenged by the pastor, he sat in his car afterwards and asked God to prove Himself. Immediately, he felt strangely hot.

Then a voice said: “Are you ready to submit to Me?”

“It was unmistakable. Call it ‘because He created me I knew His voice.’ I knew Who He was. I felt no coercion,” he said. “And I freely said, ‘yes.’”

Later the voice said: “Take up your cross and follow Me.”

Sontag had never read the Bible. He didn’t have any way to recognize Scripture. 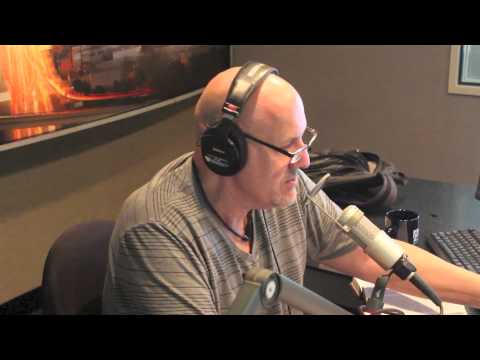 It wasn’t until nine months later that he stumbled across the same phrase – this time in the Bible. Right there, he prostrated himself before God and prayed: “Lord, I’m yours forever.” It was 2009.

Two weeks later on his radio show, he was interviewing Ozzy Osbourne, the satanic rocker who bit off chicken heads off in his concerts. In a moment not broadcast, Ozzy asked Sontag: “Do you believe in God?”

It was a completely random question because Sontag hadn’t mentioned anything about his fledgling faith. Sontag was taken aback but responded, “I am a follower of Jesus Christ.” Before he could even wonder what next to say, Mark and Brian walked in and cut off the conversation.

Not all was smooth sailing. His wife, Erin, wanted to divorce him over his newfound faith. One day while crying over his marital problems early at work, the janitor spotted him and asked if he could pray for him. For three years, the pair would pray together before he started broadcasting.

Eventually, Sontag uploaded a video testimony of his conversion, which caused a lot of friends and family to disassociate themselves from him.

After 27 years of hosting their popular show, KLOS fired Mark and Brian because executives decided they wanted more music and less chatter. Everyone associated with the show had to go, including Sontag. 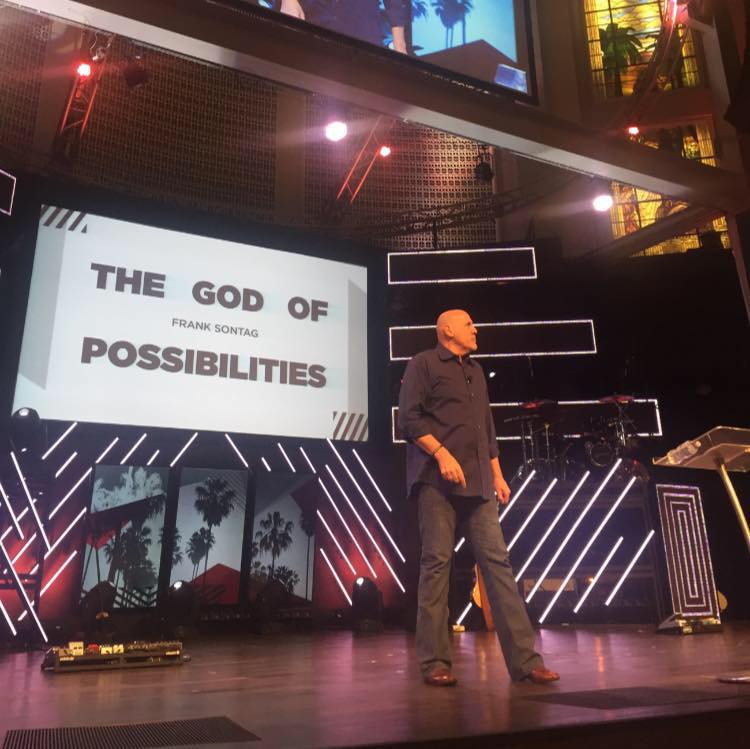 In 2013, Sontag was hired to fill KKLA’s potent 4:00-6:30 afternoon slot left vacant by Frank Pastore who died in a motorcycle accident. Sontag now puts to good use his ample intelligence and rich voice to persuade people to think about Christian issues.

And as could be expected, he exposes the lies of New Age buzz phrase “spiritual but not religious,” which has been wildly embraced by a wide swatch of American society who want to satisfy their natural cravings for the supernatural without changing their moral framework.

“New Age is the church of self,” he said. “The belief system is that somehow all paths lead to God and that love is the answer to everything. But it’s a movement riddled with hypocrisies. I was a guru, but I was in love with my sin.”

“I was a fool for a big chunk of my life because even though I believed I was on the path of ‘spirituality,’ when it got quiet the question always: ‘Is there really a God?’ And if there is, do I have a relationship with God? Do I truly have a living, breathing connection to the Almighty?” Sontag said. “And the answer was no. The ‘almighty’ was me. The ‘almighty’ was the worship of me: my goals, my plans, my dreams.”

Accepting Jesus Christ rocked his world. After searching for meaning in New Age ideologies, he finally found an anchor and values in Christianity.

“Before I came to Christ, we had Tom Jones on, and Mark and Brian asked him how much he was worth,” Sontag said. “He basically said $500 million, and my heart was so envious and jealous. I thought, ‘Wow, what’s that like?’

“A handful of years later, after I came to Christ, we had Steven Tyler on, from Aerosmith, he carried this big bag and he dumped out on the table these big gold bars, $100 bills everywhere, and he went into great detail about all of his wealth, and my heart hurt. So I went from being envious and jealous, to after I came to Christ, my heart really hurt for him.”