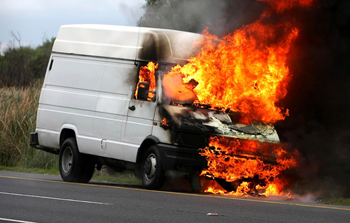 His name is Agustin, and he lives in Argentina. Like most of Every Home for Christ’s global workers, Agustin doesn’t have a lot of money, and he works very hard for what he has. But like all of us, from time to time, Agustin is faced with a difficult choice. Is sharing the Gospel worth it? Should he even continue? After what he’d been through, many people would throw in the towel. But Agustin decided not to, and because of that decision, he witnessed how God can weave the tangled threads of devastation into a beautiful tapestry of grace.

It happened late last year when Agustin and several other EHC workers were evangelizing their gang-infested community on the outskirts of Buenos Aires. The team members were fully aware of the danger, but they were committed to sharing the Gospel with the gangs, drug addicts and prostitutes that control their neighborhood. However, what happened that unforgettable night would cause Agustin to question if the risk was worth the reward.

The two armed men who attacked the team came out of nowhere. And though the outreach team was taken by surprise, they weren’t that surprised it happened. This kind of thing is common where they live. After being physically assaulted with guns pointed at them, Agustin and his team relinquished the little money they had, their cell phones and the keys to their van. Then they stood by helplessly as the thieves drove away, leaving them stranded in an extremely dangerous area.

Though traumatized and discouraged, Agustin thanked God for sparing their lives and prayed that the van, along with the Bibles and the gospel literature that were in it, would be recovered. The van was found a short time later. It had been set on fire so that no fingerprints could be found. But it was what they saw on the ground beside the gutted van that brought Agustin and his team to tears. There, completely unscathed, were the boxes of Bibles and gospel messages.

At that moment, Agustin knew what his decision must be. God not only protected his life and the lives of his team members, but He also protected the ministry tools they depend on to lead broken lives to Him. Van or no van, Agustin would continue to spread the Gospel in his community of lost and desperate souls.

Meanwhile, other workers with Every Home for Christ Argentina were doing a mighty work evangelizing inmates at a Buenos Aires prison. When Agustin heard about it, he was quick to get on board. He would spend the rest of his life sharing the message of forgiveness and grace wherever he could, whether on the streets of Buenos Aires or behind its prison bars.

Several months later, Agustin was at the prison working with inmates who had accepted Christ through the EHC outreaches there, and one of them overheard him share the story of the stolen van. When Agustin came to the part about the Bibles and gospel literature surviving, the inmate knew he had to say something.

“It was me,” he confessed to Agustin. “I and one of the other inmates in this prison were the ones who attacked you and stole your van.” Agustin stood with his mouth open as the memory of that horrible night flooded his mind. Now — just a few months later — he was standing face to face with one of the perpetrators. The inmate tearfully asked Agustin to forgive him, explaining that, since they’d been imprisoned, he and his accomplice had both accepted Christ and turned from their lives of crime.

At that moment, Agustin was faced with another choice: Could he forgive the men who assaulted him, stole his van and destroyed it? Then he remembered the Bibles and gospel literature that God had miraculously spared. Those same printed messages were taken to the prison and transformed the lives of the criminals who stole them.

Once again, Agustin knew what his decision would be. He chose to forgive.– Every Home for Christ

To learn more about Every Home for Christ’s work in South America, go here