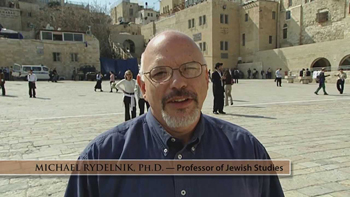 On December 23, 2016 the United Nations Security Council passed Resolution 2334, condemning all Israel’s settlements, including the Jewish community in the Jewish Quarter of Jerusalem, because, as the UN declares, they have “no legal validity and constitute a flagrant violation under international law and a major obstacle to the achievement of the two-State solution.” Surprisingly, the United States abstained and did not veto this resolution. The United States has long opposed Israeli settlements, so why the outcry against this resolution? Just what are these settlements and why did the U.S. Congress, with bi-partisan support, condemn the resolution?

The “settlements” are Jewish communities built in lands taken in the 1967 Six Day War, in the geographical areas known as Judea and Samaria. Most of them are built along the 1949 armistice lines of the Israeli War of Independence that separated Israeli and Jordanian troops from 1949-1967. Despite the United States historic opposition to these settlements, the U.S. has vetoed these sorts of resolutions in the past, and with good reason.

First, the settlements are not technically illegal or actual violations of international law. The evidence for this is that the settlements are built on land the League of Nations allocated for a Jewish homeland after World War I. Of course, the United Nations then partitioned the historic land of Israel into a Jewish and an Arab state in 1947. The Arab world rejected this partition and invaded the nascent state of Israel. Transjordan (now Jordan) conquered and annexed Judea, Samaria, and the Old City of Jerusalem. Only two nations ever recognized Jordan’s actions—Pakistan and the United Kingdom. The rest of the world considered the West Bank (as Judea and Samaria came to be called) disputed territory.

Even the boundaries between Israel and Jordan were not considered permanent borders. Rather, they were merely the armistice line demarcating the separation of forces of Israel and Jordan. Drawn in green ink (hence, it became known as the “Green Line,”) the armistice agreement called for a peace agreement between Israel and Jordan, part of which was to negotiate permanent borders between the countries. When Jordan rejected this, the armistice lines came to be viewed as an unofficial border between Israel and Jordan, but they were never thought of as an official, permanent border. In 1967, when Israel conquered the West Bank and reunited Jerusalem in response to a Jordanian attack, Israel was not conquering Jordanian or Palestinian land, it was disputed territory. The calls to return to the “1967 borders” make little sense, since they are merely armistice lines—no permanent borders ever existed. Even the 1967 UN Security Council Resolution 242, while calling for “withdrawal from territories” as part of a negotiated peace agreement, also demanded new “secure and recognized boundaries.” Those who authored the resolution (the U.S. and UK ambassadors to the UN) contend that they deliberately withheld the words “the territories” or “all territories” so that Israel would not give up all the disputed territories.

Some have spoken of Israeli settlements as being built on land that, previous to 1967, had been unoccupied by Jewish people. This forgets that Jewish people lived in Judea and Samaria for thousands of years. Moreover, it ignores that the Jordanian Army, having conquered the Old City of Jerusalem in 1948, ethnically cleansed its Jewish population, a Jewish community that had existed since ancient times. It is beyond belief but the UN resolution declares illegal the Jewish presence in the Jewish quarter of the Old City and by the Western Wall. Others have argued that Israel’s establishment of communities in the disputed territories constitute a breach of the Fourth Geneva Convention which prohibits forcible transfer of population to colonize an area. However, since Israelis willingly volunteer to move to the communities in the disputed territories, this is untrue. Regardless of the wisdom of Israeli settlements, as to the UN’s declaration of them as illegal, it does so on the basis of an anti-Israel bias, and not by international law. But that is not all that is wrong with Resolution 2334.

Second, Resolution 2334 is entirely unbalanced in identifying Israel’s settlements as the great obstacle to a two-state solution. Although giving lip service to the protection of civilians (this seems to be unjustifiably directed at Israel as well), there is a failure to call out Palestinian rejectionism of Israel as a Jewish state. Moreover, it fails to address Palestinian incitement of its own population against Israel and the Palestinian support and glorification of terrorism as a threat to the two-state solution. In the past, the U.S. has vetoed these kinds of resolutions solely on the basis of their being unbalanced.

Third, Resolution 2334 weaponizes international law against Israel. The Palestinian failure to destroy Israel by violent means has caused them to change strategies. They now have adopted “lawfare” to delegitimize Israel. In declaring the settlements illegal, the resolution does what international law could not do—it provides a Palestinian weapon for the Boycott, Divestment, Sanctions movement and for bringing charges against Israel before the International Court of Justice. Furthermore, Palestinians will turn to the Security Council to have their demands met while foregoing direct negotiations with Israel, thereby dooming any hope for a two-state solution.

The U.S. Congress overwhelmingly passed, with bipartisan approval, a condemnation of Resolution 2334, declaring, among other things, that it “undermined the long-standing position of the United States to oppose and veto United Nations Security Council resolutions that seek to impose solutions to final status issues, or are one-sided and anti-Israel.” Although entirely symbolic in its authority, the Congressional condemnation reflects greater truth and wisdom than the foolish position of the UN Security Council.

Dr. Michael Rydelnik is chairman of the Jewish Studies department at Moody Bible Institute. Dr. Rydelnik wrote this piece in response to a request by Chosen People Ministries.