By Cindy Gutierrez and Mark Ellis

Eleven-year-old Nouri refused to train to become a suicide bomber with the other boys at an ISIS-controlled camp in northern Iraq, and due to his insubordination, the terrorists broke his legs in three places.

Ironically, the inhumane treatment saved his life. Unable to walk or run normally, he was deemed “useless” by the team of brainwashers turning kidnapped Yazidi and Kurdish kids into suicide bombers.

Because of his pronounced limp he was freed, taken home by his grandmother, and now resides in a refugee camp. His 5-year-old brother, Saman, was released with him. Repeated beatings traumatized him so badly that he asked CNN reporters if they were there to beat him. He often wakes up screaming from nightmares.

The parents of both boys remain in captivity.

“They asked us to come with them for the training,” Nouri said. “At first we refused to go because we were afraid. They asked me to go to the mountain and I refused again, then they broke my leg. That saved me. The other children were taken by force.”

The use of captive children to perform suicide missions is not only the latest evidence of ISIS savagery. It is also the most terrifying.

That’s because when the boys are sent into the No Man’s Land between ISIS soldiers and Kurdish Peshmerga fighters, the Peshmerga never know if the children are truly escaping or if they will detonate a bomb.

“Many times when we are facing ISIS, we see the children at the front line and they’re wearing explosive vests. They are brainwashed,” said Aziz Abdullah Hadur, a Peshmerga commander. “When they make it through our lines they kill our fighters. It’s an unbelievably hard decision. You don’t know what to do because if you don’t kill them they’ll kill you.”

Twelve-year-old “Nasir” didn’t pull the cord. He is now reunited with his mother in a refugee camp and back in 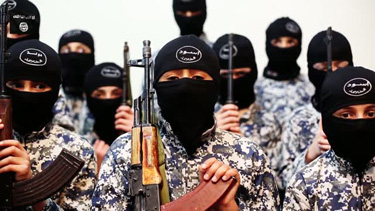 school. He’s trying to forget about the cold-blooded cruelty to which he was subjected in the “training” camp.

“We weren’t allowed to cry but I would think about my mother, think about her worrying about me and I’d try and cry quietly,” Nasir said. “When we escaped and I saw my mother again, it was like coming back to life.”

Nasir was one of several children in an ISIS propaganda video made at the Al Farouq Institute in Raqqua, Syria. In it, a row of children are forced to rigidly repeat their captors’ mantra: “To jihad. To jihad.”

One boy is shaking. The majority cannot raise their faces to look at the camera. Their trainer exults in front of them: “By god’s grace in the coming days, they will be at the front lines of the fight against the non-believers.”

These so-called “cubs of the Caliphate” are told the ISIS trainers love them more than their parents. 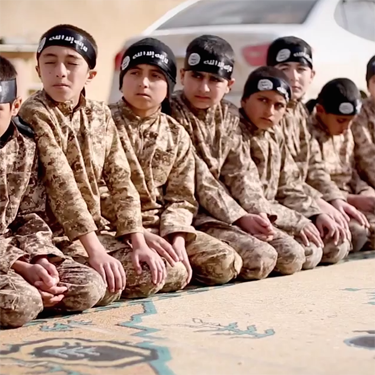 “When they were training us they would tell us our parents were unbelievers and that our first job was to go back to kill them,” said Nasir, his face covered and his voice altered by CNN.

“There were 60 of us,” Nasir said. “They told us the Americans, the unbelievers, were trying to kill us, but they, the fighters, they loved us. They would look after us better than our parents.”

“They have suffered so much,” she said. “Can you imagine a 12-year-old child or a 10-year-old or an 8-year-old dragged from their mother by force, taken to military training camps, forced to carry weapons, forced to convert to Islam, told everything they grew up believing is apostasy. That their parents are unclean ‘unbelievers?’”

Cindy Gutierrez is a student of the Lighthouse Christian Academy in Santa Monica.

The faith of Clarence Thomas