By Anthony Gutierrez and Mark Ellis

A Florida man who went to Burkina Faso as a missionary to dig wells and care for orphans was killed with 29 others on Jan. 15 when heavily armed terrorists from an Al-Qaeda affiliate attacked two hotels and a cafe.

Mike Riddering, 45, described as an amazing father and pillar of faith, found himself ambushed at the Splendid Hotel in Ouagadougou where he was to rendezvous with a group of short-term missionaries on their way to an orphanage 70 miles from the capital.

“Heaven has gained a warrior!” wrote his wife Amy Boyle-Riddering on Facebook. “I know God has a purpose in all things but sometimes it is a complete mystery to me. My best friend, partner in crime and love of my life. The best husband ever. An amazing father to his children and a papa to everyone. My heart is so heavy and I am having trouble believing he is gone. Mike was an example in the way he lived and loved. God be glorified! Mike Riddering I will love you always! You left quite a legacy here. I can only imagine the adventures you are having now.”

A boat-builder from Hollywood, Florida, Riddering felt called to move to the deserts of Africa along with his wife, with whom he had four children: Haley, 23; Delaney, 19; Biba, 15 and Moise, 4. 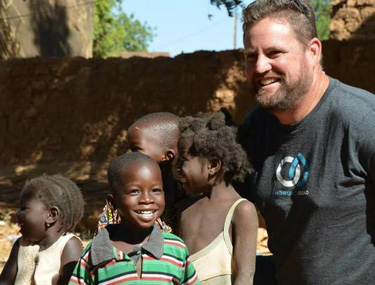 aid workers as possible, in “revenge against France and the disbelieving West… the enemies of the religion,” a statement issued by the local Al-Qaeda branch said.

Some of the attackers infiltrated the luxury hotel at night while others wearing turbans arrived later in four-wheel drive vehicles. They exploded car bombs outside the hotel and stormed the site killing and taking hostages. Burkina Faso forces helped by French soldiers counter-attacked the next day in order to free the hostages and killed four extremists after an intense gunfight. 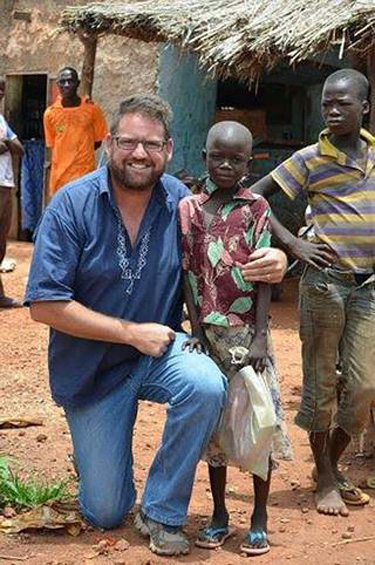 Mike’s brother Jeff told 7News, “He really felt that he’d heard the Lord say, ‘Go dig wells in Africa.’ He said, ‘Well, Lord, I might not be good enough to do anything else, but I can dig wells.’ When he got there, not only did he dig wells; he did everything else. Besides the orphanage, he adopted two children and started a women’s crisis center.”

The short-term missionaries scheduled to meet Mike were not at the hotel at the time of the attack and were spirited away to Niger to return to the United States.

“I’ve never met anybody who didn’t like Mike Riddering,” said Pastor Brian Burkholder of the Hollywood Community Church. “We’ve lost a hero. Mike lost his life doing the work of Jesus, doing what he thought God had called him to do. We will greatly miss him.”