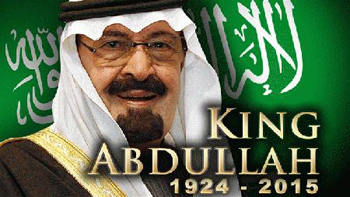 The highest levels of Iran’s leadership believe there are only two prophetic triggers before the return of their long-awaited messiah and one of them just happened: the death of 90-year-old King Abdullah of Saudi Arabia.

“Iran’s leaders believe they can facilitate the coming of the last Islamic messiah,” says Reza Khalili. “They believe the centuries old Hadith predicts this and that the time is close.” Khalili ( a pseudonym) was a member of Iran’s Revolutionary Guard who became a CIA spy before he escaped to the West.

This thinking – which may seem fanatical or impossible to Western observers — pervades the highest levels of Iran’s leadership. “He (Ayatollah Khamenei, the supreme leader of Iran) told close associates that he will be the one to pass the flag of Islam to Imam Mahdi, the Islamic messiah. Khamenei believes he is the one.”

“They will attack Israel and we are allowing them to get the nuclear bomb,” Khalili warns.

In 2012, the supreme leader referred to Israel as a “cancerous tumor that should be cut and will be cut.” In 2013 he questioned whether Israel’s leaders are worthy of the “title human,” called Israel “a rabid dog,” and questioned the historicity of the Holocaust.

Khalili translated a film authorized by the highest levels of Iran’s leadership, “The Coming is Upon Us.” The presenter in the film makes this claim:

“According to the Hadith, upon the death of a ruler named Abdullah, conflict and struggle for power will increase in Saudi Arabia and this will continue until the reappearance of the last messiah, Mahdi. Isn’t the presence of Abdullah, his illness, and his uncertain condition, great news for those anxious for The Coming? When Abdullah dies, the reappearance is guaranteed.”

In audiences where Khalili addresses his concerns, some can’t believe Iran’s leaders could be so irrational. “This is the danger of this regime, which the current U.S. administration is missing. Some people try to discredit me, thinking it’s crazy. That’s the core of the problem.”

One of the hadiths the Iranians believe has already been fulfilled relates to the rise of a black leader in the West, ruling the largest army on Earth.

According to the film previously cited, its presenter states: “This hadith, relating to Imam Ali, the prophet’s cousin and son-in-law and the most revered figure in Shi’ite Islam, says: ‘Before the return of Mahdi, a tall black man will rule the West and the largest army on Earth. He will carry a ‘clear sign’ from my son, Hussein Ibn Ali [the third Shi’ite imam].’ Shi’ites believe Barack Obama, with his middle name Hussein, is this man.”

Khalili’s believes the Iranians will attempt to arm their missiles with nuclear warheads. “Ukraine, North Korea, and China are providing the re-entry vehicle for the missiles and they are working on the bomb,” he notes.

Once Iran has nuclear-tipped missiles and attacks Israel, Khalili says the Hadith predicts an apocalyptic scenario unfolding, in which one-third of the world population will die and the world economy collapses.

Most, but not all of Iran’ senior leadership believe in this prophetic picture. “Those who don’t believe it are there for the money, profiting from trading,” he says.

Kahlili teaches at the U.S. Department of Defense’s Joint Counterintelligence Training Academy (JCITA), is a senior fellow with EMPact America and a member of the Task Force on National and Homeland Security. He is the author of “A Time to Betray,” a book about his double life as a CIA agent in Iran’s Revolutionary Guard. “A Time to Betray” was the winner of the 2010 National Best Book Award, and the 2011 International Best Book Award. The book is set to become a movie.