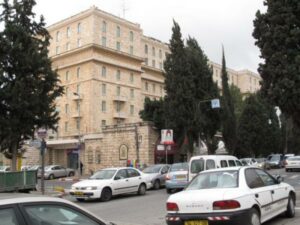 With workers at Jerusalem’s King David Hotel preparing for Passover, including cleaning out grains and legumes from the entire hotel and its kitchen in accordance with the holiday’s tradition, U.S. President Barack Obama will stick to a kosher-for-Passover diet during his stay there when he visits the Middle East next week.

“We’re used to hosting heads of state and also American presidents, but this situation is very special for us because it’s so close to Pesach. For us it will be double the preparations,” said King David Hotel manager Dror Danino, Haaretz reported.

According to the hotel’s executive chef Michel Nabet, Obama and his staff will be served alternative, but equally delicious food. “Today, there are replacements—we can do a decent roll that will taste a lot like brioche,” he said.

But Obama may still have to do without some typical foods.  “So, we won’t eat pasta and Obama won’t either, it’s not so bad. We’ll eat more fresh vegetables—we have no shortage of ingredients… We have very good food here and we’ll serve it well, in the best possible way,” Nabet said.