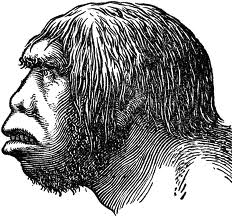 No, this is not a tabloid headline you read while waiting to checkout at the grocery store or something you might find on Craigslist in the Help Wanted ads. This comes from a line by Harvard University’s prestigious geneticist, George Church, highlighted in a recent interview for Germany’s Der Spiegel magazine.

Needless to say, Dr. Church caused a media firestorm with this idea.  Now he claims he was just speculating and was not making any request.  His new book, Regenesis: How Synthetic Biology Will Reinvent Nature and Ourselves, has a mention of bringing back Neanderthals.  To accomplish this it is simply a matter of fact that “an extremely adventurous female human” would be needed to carry the baby.

But just how far-fetched is this idea? In 2009, scientists in Germany reconstructed the Neanderthal genome and boldly proclaimed that with these new technologies (and $30 million) they could produce a living Neanderthal. Fast-forward three quick years and all that seems to be missing is a willing woman to be the surrogate.  I suppose the artificial womb will eventually suffice, but it’s not yet ready for prime time.

If Dr. Church isn’t inclined to clone a Neanderthal and implant it into a woman’s womb, I’m sure there are many who would be. It’s not far-fetched to imagine a woman willing to sign up to gestate a Neanderthal clone, given society’s proclivity to reality TV and sensationalism, even if only for their 15 minutes of fame. Truth be told, I’d welcome the chance to interview this adventurous woman for my upcoming film on maternal surrogacy.

As scientists pursue this technology in hopes of resurrecting an extinct species or of dealing with endangered species, one has to wonder what limits should be placed on this new science? What are the moral criteria that will be used in making these decisions? And who gets to decide?

Our world today faces unprecedented technological changes. Staggering developments in biotechnology offer increasingly greater control over discomfort, disease, death—and over our very selves. But for all the promise of these pursuits, potentially dehumanizing problems emerge, like the ones we can foresee in this new development.

What is the role of medicine here?  Clearly, we have long forgotten the deep roots of the Hippocratic tradition in medicine—first, do no harm—in breaking one of society’s most cherished covenants between physician and patient. In this bizarre case, both the pregnant surrogate and the Neanderthal baby would be patients and both would be harmed.

Culture would be harmed as well. The definition of Homo sapiens is blurred, nearly beyond recognition, as we conduct scientific research on human beings, molding them according to our will. This scientific breakthrough would threaten to abolish our own humanity as warned by C. S. Lewis in his great essay, The Abolition of Man.

Make no mistake—my position is not anti-technology or anti-progress, but rather one of questioning progress simply for progress’ sake. Again, what are the ultimate goals, the ends and purposes of this biotechnology and medical progress?  Cloning a Neanderthal and impregnating a woman with such a clone is not progress.

We must advocate for and demand progress based on rigorous and fact-based biotechnologies and medical therapies that honor and secure human dignity rather than undermine it. We must insist upon virtuous character in the scientist and physician, and recognize the limits of the natural moral order, which promises us a truly human future, deeply situated in the dignity of the human person.

How undignified it is to treat a woman as a mere tool to gestate a scientific experiment. Have we worked tirelessly for hundreds of years, advocating for the rights and protections of women and children, only to see stunts like this—acts that strongly degrade the intimate beauty and gift of pregnancy and childbirth, done for novelty and celebrity—masquerading as progress?

Biotechnology must reject such freakish carnival sideshow attractions.  Instead, we must covenant to practice medicine, biotechnology, and all other sciences with fidelity to one another’s mutual dignity. In the words of Paul Ramsey, one of the pioneers of bioethics, biotechnology should become “a community of moral discourse.”

There are countless examples of real breakthroughs and real advances that promote and protect human dignity, all for our common good. These advances allow for human flourishing where the boundless scientific imagination is free to soar not only at the laboratory bench, but also the patient’s bedside.

Consider just two examples. Dr. Joseph Lister’s pioneering work in understanding antiseptics led to better patient outcomes because of decreased wound infections.  The brilliant and courageous Madame Curie, whose discovery of the theory of radioactivity and early uses of isotopes in treating tumors led to improved cancer treatments and better radiological imaging for diagnostic purposes. — The Center for Bioethics and Culture

Dr. Church’s announcement is not in the tradition of Lister or Curie. When an announced breakthrough looks and feels like a cheap tabloid magazine headline, you can bet it is not an advancement of true human progress.