After the Shooting, We’re Still Standing 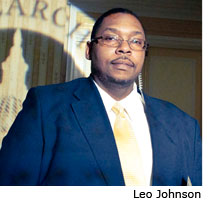 On Wednesday, FRC was the target of what the FBI is calling an act of domestic terrorism. A gunman, identified as Floyd Corkins, invaded our headquarters in Washington, D.C. armed with a 9mm pistol, approximately 50 rounds of ammunition, and 15 Chick-fil-A sandwiches. The gunman was confronted by an unarmed member of the FRC staff, Leo Johnson. When the gunman pulled the gun from his backpack and aimed the weapon at Leo, Leo moved toward the gunman to disarm him.

Despite being shot in the process, Leo was able to subdue the shooter and call for others on the staff, who helped admirably. One of the investigators, based on their preliminary findings, told me Leo’s actions saved a lot of lives.

I was with Leo around midnight Wednesday night in the recovery room when he came out of surgery. I told him he was a hero — not just in the opinion of his FRC colleagues — but in the opinion of people all across the nation. Still a bit groggy from the anesthesia, he said, “This hero business is hard work!” Obviously, Leo hasn’t lost his sense of humor. It will take time and more surgeries, but he will be back with us soon, for which we are all grateful. In the meantime, let me say thank you on behalf of the FRC team for the outpouring of concern and support for our colleague and friend, as well as for the entire FRC team who have been affected by this attack.

This unfortunately changes the way FRC will do business, but not the business that we do. We’ll enhance our security to ensure that each and every member of the FRC team, as well as our guests, are secure. What we will not do is allow the threats and actions of those who oppose us to intimidate or silence us.
After the shooting, I assembled most of our 80-member team, and we prayed together. We prayed for Leo, for each other, for our mission, and for the assailant. We also discussed the new level of hostility that we now face because of the inflammatory rhetoric that has been used against us. But I want you to know that these increased obstacles and challenges do not change our calling or our mission. You can continue to count on the FRC team to credibly represent you and the millions of other Americans who share our concerns for the family and for our country.

Because I do not want to jeopardize the ongoing criminal investigation in any way, I will not go into great detail about the shooting. However, I will share with you what I said in front of the FRC headquarters yesterday afternoon to a crowd of reporters.

It is clear that the gunman is responsible for the shooting. But I believe it was the Southern Poverty Law Center (SPLC), which has recklessly labeled groups like FRC that they disagree with as “hate groups,” that created this hostile environment. The SPLC’s listing of pro-family and Christian organizations alongside neo-Nazi and separatist groups gives radicals like FRC’s attacker a reason to believe they have the license to come into our building to try to take the lives of our friends and coworkers. The SPLC has even labeled local parents’ groups that oppose SPLC’s pro-homosexual policies as “haters.” The type of rhetoric that SPLC has engaged in is wrong, and, as we witnessed this week, it is dangerous.

I am grateful that over two dozen homosexual activist organizations released a joint statement expressing concern for Leo and condemning the attack, agreeing that such violence is unacceptable. I would ask them to take the next appropriate step and call on the SPLC to end the words and actions which foster the environment that breeds brutality like we saw on Wednesday morning. I also ask any who repeat SPLC’s false “hate group” label to stop. Acts of aggression like we experienced this week are intended to intimidate and ultimately silence. Nothing could be more threatening to the future of our country.

Our First Freedoms of religion and speech are the cornerstone of our constitutional republic. If we lose or relinquish these liberties, we lose all others and our future. That’s why we pursue our mission, advancing these foundational principles in public policy and the culture from a Christian worldview.

I want to close by saying how proud I am of the FRC team and the extended FRC family. Leo Johnson is a hero in every way-we now just refer to him as Leo the Hero. But we have more than one hero at FRC. Every man and woman who enters FRC each morning under the inscription “Faith, Family and Freedom” chiseled in the stone above the entrance is a hero. They are committed to standing for those core principles on which our nation rests. I also want to thank those of you who have made our work possible for the past 29 years.

Let me assure our supporters, as well as our opponents, we will not waver at all from our mission.